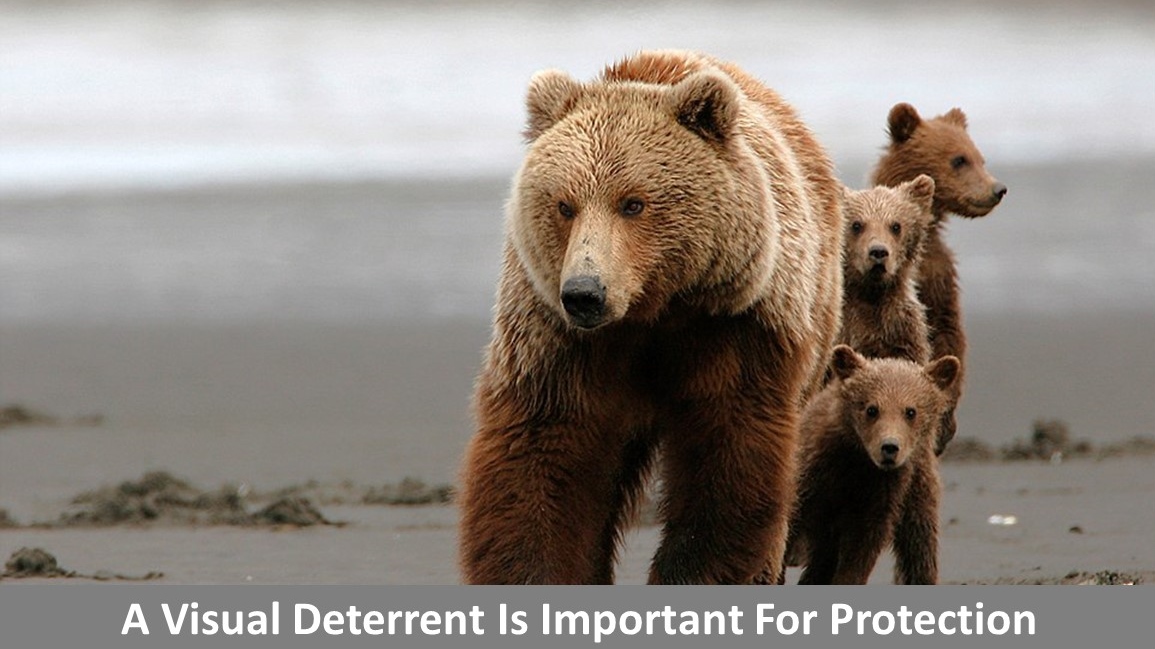 There’s often a lot of focus on “hiding” security tools, especially among businesses. Many business owners believe that customers don’t want to see security tools and they’re worried that visible security will make their businesses appear unsafe or “ugly.”

In order to prevent criminals from considering your property an easy target, you need to show them that you have functional security installed. Many robberies are crimes of opportunity. Criminals look for the easiest and more vulnerable target for many reasons. One is because many criminals do not carry sophisticated tools with them when they attempt break-ins.

Most smash and grab robberies are committed with bricks, baseball bats, crowbars and other such items which are used to break through the glass in windows and doors. For this reason, criminals look for properties that appear to be unprotected as they are easier to break into.

Smash and grab robbers also want to be able to get in and out of a property quickly, before anyone notices them and responds to their crimes. Properties that have visible physical security tools installed deter criminals because they know that it will be more difficult and time-consuming to break into these properties. They don’t want to spend time at the scene of a crime as this greatly increases the likelihood of them being caught in the act.

Physical security gates can be rolled or folded back during business hours in order to maintain the visually pleasing appearance of your property when customers are nearby. This is important because “curb appeal” and having a location that looks inviting to customers is crucial.

At night, when your business is closed, you can easily lock the gates and protect your property. Criminals will know that your location is secure and they will likely move on to other easier targets.

A Word About Window Film

By using visible security gates instead, you prevent the initial attempts and any damage that they may cause.

How Security Gates Deter Criminals Security gates don’t just make it more difficult for a thief to break into a property, but they also actively deter criminals from considering your property a target. This means that your store, office, warehouse or other location will be safer and your assets will be more secure. But why…

How Security Gates Provide Access Control at Public Places There are a number of reasons why you would want to prevent unwanted access at a school or public place. It could be due to a threat of violence. It could be for reasons of confidentiality. It could be because you do not want people walking…

Emergency Preparedness for Civil Disorder, Protests & Demonstrations As a business owner, it is important that you prepare your property and your staff for all potential threats. Civil unrest, protests and riots can seriously disrupt business, cause damage property and be very costly for your business. Much like how you would take steps to protect…

How Physical Security Gates Keep Schools Safe During After Hours Events School safety is critical. Not only must children obviously be kept safe, but there are valuable assets inside most schools that criminals want to steal, including computers and other electronics, sensitive information, and other learning materials and assets. Keep these items safe from criminals…

Security Gates and Warehouse Safety Many people think of security gates as protection from criminals. This is true, but they’re also a great way to keep employees, customers and visitors safe on your property. Security gates can be used as safety barriers. Warehouse safety is important. According to the U.S. Bureau of Labor Statistics, the…