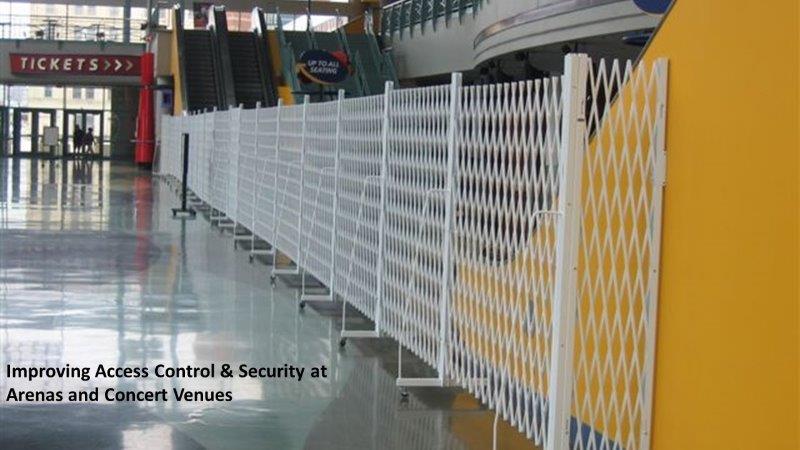 Large spaces that are open to the public for events (such as concert halls, arenas, stadiums, and other such venues) have specific security risks that must be taken into consideration. These large venues can be quite difficult to protect and, therefore, it’s critical to have strong security tools and tactics in place.

One major reason that public venues are difficult to secure is that they often host very large crowds. The more people you have in a location, the greater the opportunity for crime. Also, larger crowds tend to be very difficult for security guards to control, even when there is no criminal activity taking place.

Another security issue with arenas, stadiums, and concert halls is that there are several areas of the property that need to be protected, and that these areas change regularly. For instance, a venue may wish to have certain gates open before a performance, to allow the audience to enter. However, you may not wish to have the same areas accessible during the performance.

Another potential issue is that large venue are often multipurpose properties. An arena may be hosting a hockey game for 18,000 spectators one night, a concert for 10,000 the next night, and a trade show for 5,000 the day after that. Not only is the size of the crowd different for each of these events, but the security needs change as well.

Another situation that requires changing security needs is one where certain parts of a venue (such as vendors or restaurants) are open or closed throughout the night, while the overall venue remains open.

As large venues have changing security concerns that shift depending on the event (and even throughout the course of a single event), the security solution applied needs to be very flexible and adaptable. Security guards are a flexible way to protect a property but, as mentioned, they can become overwhelmed by a large crowd and are therefore less effective as crowd size grows. In addition, employing enough security guards to be effective at a large public event can be very costly.

The solution is to use physical security tools. Not only do physical tools (such as security gates) restrict access, they are also a clear visual sign that an area is off limits. You will not have to worry about people wandering into restricted areas when you have physical gates in place.

Physical security gates can be used to restrict access, direct crowds through certain areas of a venue, protect sensitive areas, and much more.

Assessing Your Property for Security Vulnerabilities It’s important that you frequently look at your property and review your security situation. Criminals often target properties that are obviously lacking in certain protections. They want to strike the easiest target possible. If your business has a security flaw, a criminal will find it and he or she…

How Mobile Security Gates Help Enforce Social Distancing Due to Coronavirus Even as America slowly goes back to work, precautions must still be taken due to the COVID-19. This means continuing to practice social distancing, limiting the number of people allowed inside properties and functions, and taking other precautions to keep everyone safe. Once stores,…

Protecting your Auto Parts Store with Security Gates Auto parts stores are common targets for criminals. One of the main reasons why is that these stores carry expensive merchandise that can easily be sold on the black market for a profit. Once auto parts have been stolen, painted, installed on a vehicle, or otherwise modified,…

Security Tips that Businesses Should Follow This Spring Spring is here and, while that means better weather and more sunlight, it certainly doesn’t mean an end to crime. It does mean, however, that the nature and timing of potential crimes will change. That’s why it’s a good idea to review your business security plan this…