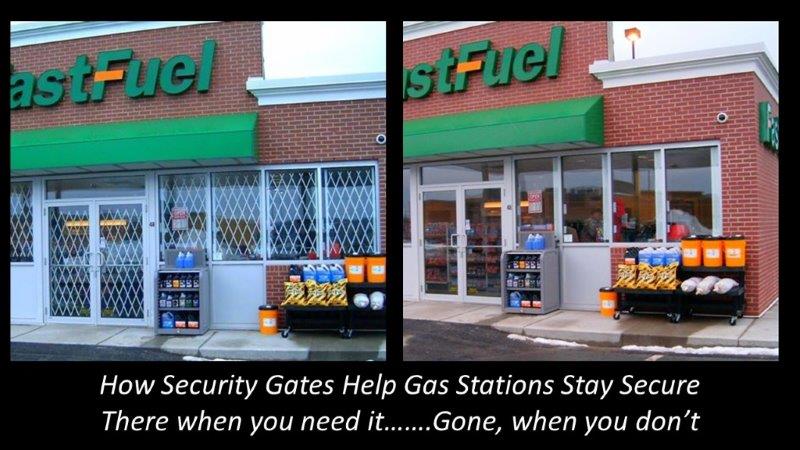 Gas stations are frequent targets for criminals. There are many reasons why, including that they are open late at night, that they are sometimes located in areas where there aren’t many other businesses, and that they carry items that are valuable to criminals. Thieves searching for lottery tickets, cigarettes, alcohol, cash, and other valuables often target gas stations.

Most gas stations are very open and accessible, meaning that people are able to freely walk around the property and even browse inside the store without being noticed. This fact is combined with the fact that many gas stations only have one or two staff members working at any given time, especially during the night. Criminals know this and they take advantage of this fact.

Finally, gas stations are frequently located on or near major streets and highways. This makes it fast and easy for a criminal to leave the scene after committing a crime. Police will not be able to respond even if they are contacted immediately.

The good news is that gas stations can be protected and that physical security tools are an incredibly effective way to do so.

There are a number of ways to use physical security to keep a property safe. One is that they can be used for access control. For example, locations that are off limits to members of the general public (stock rooms, storage rooms, etc.) can be protected with security gates. This ensures that gas station staff still have quick access, but it prevents criminals from entering these areas.

Mobile security gates can also restrict access to certain areas of a gas station while still allowing other areas to remain open. This can be especially effective in locations where the is a store, coffee shop, or restaurant present inside the station. These locations can be closed for business and remain off-limits to customers while the station’s main cash area can stay open. Restricting access in this manner can significantly reduce the likelihood of a crime.

Security gates can also protect doors and windows when parts of the gas station are closed or when the entire location is closed. Many robberies are “smash and grab” robberies where criminals break through doors and windows, steal what they can, and leave the scene before authorities can arrive. Security gates make these crimes significantly more difficult.

Physical security gates can also protect commonly stolen or potentially dangerous items. For example, cigarettes, alcohol, electronics, and various tools can be stored behind gates inside the station. If a customer wants to access these items, they will need to ask store staff in order to do so. Not only does this cut down on shoplifting, but it also prevents criminals from getting their hands on dangerous items that can be used in a crime. For example, if your gas station sells tire irons, crowbars, or other such tools, criminals can use them as weapons during a crime. Locking them behind security gates keeps them safe.

Protecting your Property from Vandalism Vandalism looks bad. It hurts your business and cost you money. Not only will you need to spend money to clean up and repair the vandalized property, but it can also cause customers to stay away from your retail store. No one wants to shop at a property that has…

Protecting your Auto Parts Store with Security Gates Auto parts stores are common targets for criminals. One of the main reasons why is that these stores carry expensive merchandise that can easily be sold on the black market for a profit. Once auto parts have been stolen, painted, installed on a vehicle, or otherwise modified,…

Why Criminals Target Pharmacies Criminals want to be able to steal as many valuables as possible in the fastest time and with the least effort. This is why they often target pharmacies. Pharmacies contain a wide variety of items that are not only valuable to criminals, but also ones that can be carried from the…

How Physical Security Prevents Break-Ins There’s often a lot of focus on “hiding” security tools, especially among businesses. Many business owners believe that customers don’t want to see security tools and they’re worried that visible security will make their businesses appear unsafe or “ugly.” While this may be true during business hours, it’s certainly not…

The Importance of Layering Physical Security with Other Security There is no one security tool that will ensure that your business does not get robbed, vandalized or damaged. In fact, there is not combination of tools that make it 100% impossible to break into any property. However, by layering different types of security tools and…